Get fresh music recommendations delivered to your inbox every Friday.
We've updated our Terms of Use. You can review the changes here.

55: Music and Dance in Concrete 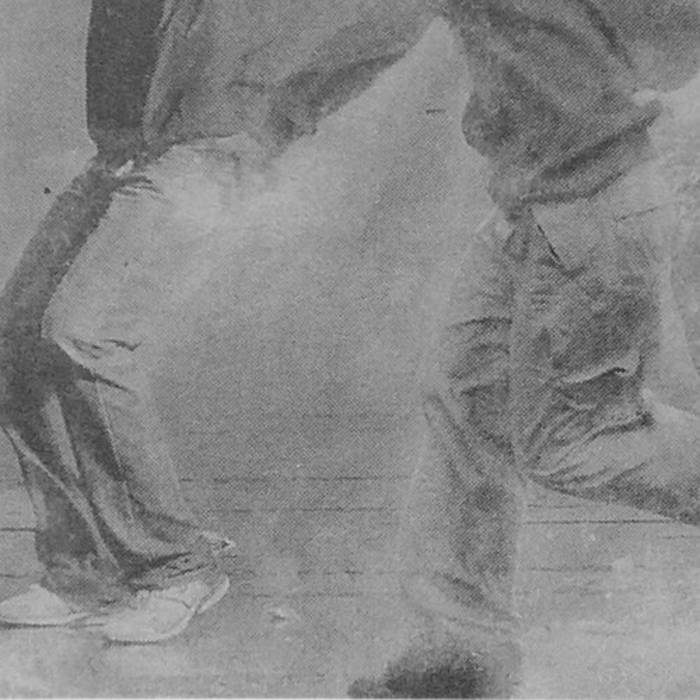 I moved to Seattle in 1989. Soon thereafter my family and I began to visit Pt. Townsend on the Olympic Peninsula. Just outside of town is Ft. Worden, once a working military base and now home to a variety of enterprises including the arts presenter Centrum, Copper Canyon Press, a state park and more. The fort was also made famous in the 1980s as the set for “An Officer and a Gentleman”. The fort itself is in two parts. As you enter one sees a collection of beautiful wooden buildings that historically housed officers, enlisted men, the canteen, administrative offices etc. If one explores by foot, back in the woods are a myriad of concrete structures, created as bunkers, cisterns, cannon mounts, and all manner of gunnery. All of these spaces have amazing and idiosyncratic acoustics. Robin and I and our kids have spent countless hours over the years walking among these spaces: yelling, clapping, singing and making odd noises

In the 1990 my dear friend Butch Morris engaged trombonist J. A. Deane and myself to perform in a series of installations/concerts in Matera, Italy as part of “Audio Box”. The project involved setting up our instruments and electronic gear in a cave overlooking the Adriatic. In the 1st and 2nd century A.D. this caves, and the ones around it, had been used a tiny churches in the beginning of Christianity, and hidden from the Romans. Speakers were spread throughout the caves nearby, and the audience wandered about, sometime near us and sometimes hundreds of meters away. It was a great gig, and when I returned, from time to time, to Ft. Worden I often thought about doing something similar.

Years later I found myself behind a brewery in downtown Portland with a laptop and some speakers in the rain creating the score for a site-specific piece with the dancer/choreographer Yukio Suzuki. Working with Yukio I suddenly had a vision of what I wanted to do in those concrete spaces at Ft. Worden. A year later, again at the Portland TBA festival, I met video artist Yohei Saito through Yukio and dancer Yoko Higashino. With Yohei on board now I just had to make a piece.

The structure of the music, and the title, comes from the number 55. I was 55 years old when I began conceptualizing the piece and I was born in 1955. The piece was created as follows: I first composed 55 very short pieces for a chamber ensemble of 5 musicians. I then took a group of improvising musicians to Ft. Worden and spent a few days with engineer and producer Tucker Martine recording various improvisations. A variety of spaces were used, including the cistern, which has one of the longest natural reverb times in the world. (It is empty, now but it originally held 2 million gallons of water). I chose 55 of these pieces to work with. At the end of the week the 5 chamber musicians arrived on a cold and rainy day in June and recorded the 55 composed pieces.

By late June 2011 I had 110 short pieces with amazing sound and content. I then spent the next two months editing, processing, re-purposing and creating a series of electronic pieces, many of which are on this LP. All of the pieces were created using the source materials recorded in June. No other additional sounds sources were used. In September Yukio and Yohei arrived for a month residency at Ft. Worden. With them was Yukios “Kingyo” company, Haruka Akagi, Nao Ashimine, Taiko Horii-

their brilliant technical director Lang Craighill . With generators and gear packed up into the woods we occupied one bunker consisting of 4 underground rooms and a long hallway and installed a piece for video, dance, and these compositions. Space was limited, so we had 4 performances per day, and between performances the audience was able to wander in with the music and video on a loop. Immediately fterwards we flew to the Arizona State University Museum of Art and spent a week re-imagining the piece for a new location. That weekend we gave two. Performances, and the music and video remained in place as an installation for the month of October.

This music represents something old and new for me. I have been using my own music as sources for samples and re-mixes since the late 90’s. “55” was unique in that the original recordings were created for the sole purpose of creating a work that was only marginally related to the content of the initial recordings. The various ambiences themselves created such a seductive palette that it was easy to stay inspired. At the same time the possibilities were endless, and I suffered from the worse case of “option anxiety” that I have ever had. And in fact I will continue to make new pieces from these samples in the future I am sure.

I hope you enjoy the music.

Wayne Horvitz is a composer, pianist and electronic musician. In addition to his own work, he is known for his work with Butch Morris, Robin Holcomb, John Zorn, Bobby Previte, Skerik, Bill Frisell, Sara Schoenbeck, Ron Miles, Peggy Lee, and William Parker just to name a few. ... more

Bandcamp Daily  your guide to the world of Bandcamp

Kyle McNeill joins the show to talk about his new project, Phantom Spell